Thick clouds of smoke hover over the capital’s surburbs 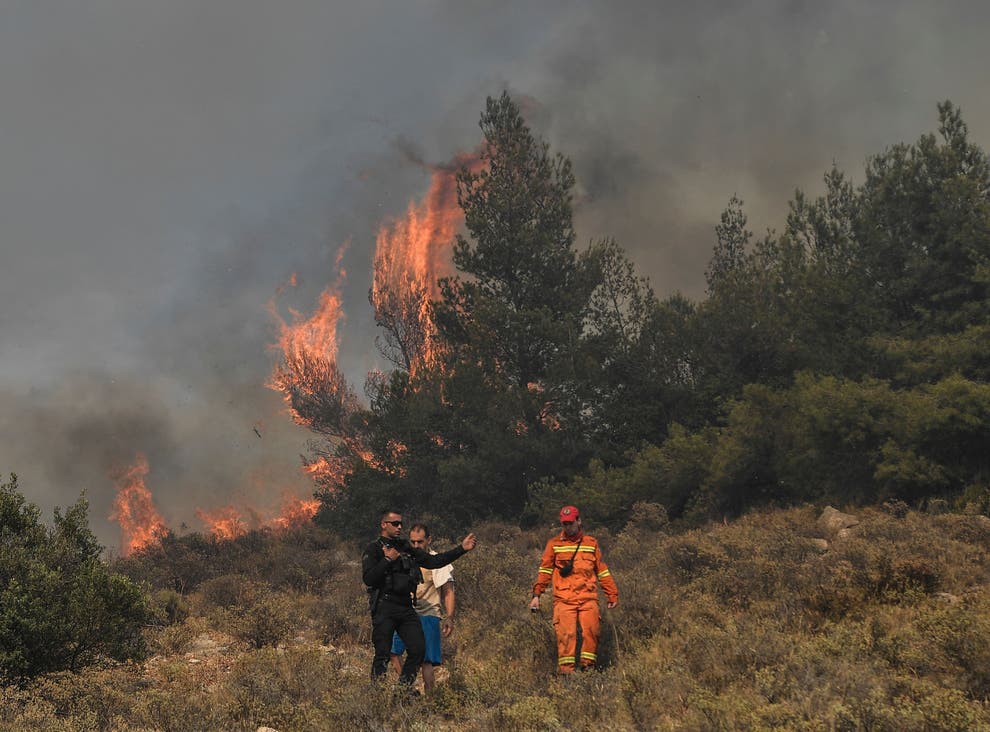 A devastating wildfire has broken out on the outskirts of Athens, destroying cars and houses.

Strong winds fanned the blaze quickly across the slopes of Mount Hymettus which overlooks the Greek capital, sending thick clouds of smoke over the southern suburbs on Saturday.

Civil protection authorities evacuated some parts of the Voula and Glyfada regions around 12 miles from Athens centre. 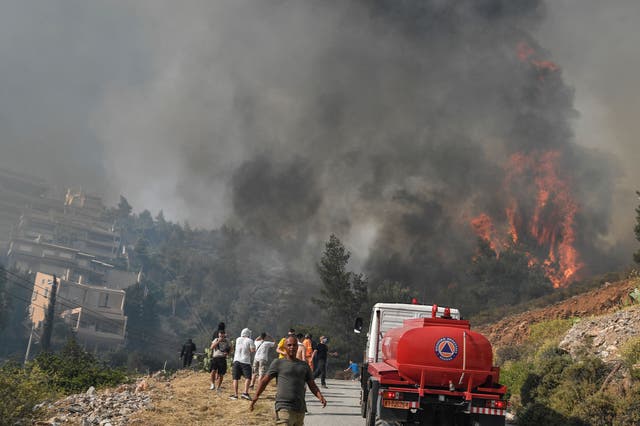 One witness said they saw at least two houses severely damaged by the fire.

“Due to the intense north winds the fire quickly spread and approached the city,” Fire Department spokesperson Yiannis Artopios said in a briefing.

“We ask our fellow citizens to be very careful,” he added.

More than 130 firefighters aided by six firefighting aircraft and four helicopters dropped tonnes of water in an attempted to douse the blaze, which has raged for more than seven hours. 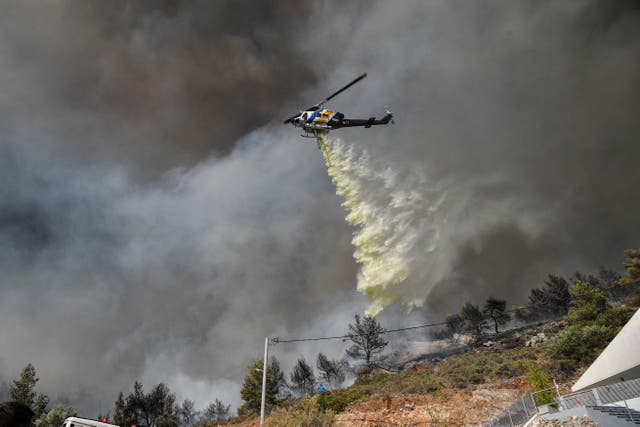 A series of severe wildfires scorched about 300,000 acres of forest and bushland in different parts of Greece last summer, amid the country’s worst heatwave in 30 years.

The country has bitter memories of a 2018 blaze that tore through the seaside town of Mati near Athens, killing 102 people in a matter of hours.

A United Nations report published in February said that global warming is turning landscapes into “tinderboxes”, adding that wildfires are expected to happen more often and become more intense when they do.

The UN Environment Programme (UNEP) estimated there would be a 50 per cent increase in extreme fires by the end of the century, with the rise partially driven by the climate crisis.

The new report on the “rising threat” of wildfires said there needed to be a shift in government spending on preventing the blazes from happening in the first place, rather than just reacting when they do.

Please confirm you want to block this member.

You will no longer be able to:

Please note: This action will also remove this member from your connections and send a report to the site admin. Please allow a few minutes for this process to complete.